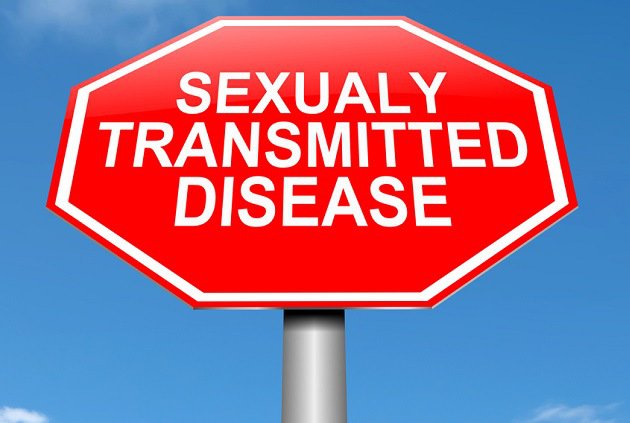 The young woman, a first year university student was clearly distressed when I told her she had genital herpes. She had come to the student clinic a few weeks after having sex for the first time as a college student with complaints of painful sores in her genital area and I had ordered blood tests for a number of diseases, including herpes, together with tests for chlamydia and gonorrhea on her urine. She said plaintively, “How can I tell my father about this” ?.

Sexually Transmitted infections/infestations are many and varied. The names STD’s and STI’s are interchangeable.They range from lice through parasites to bacteria and viruses.In all, about 30 different organisms cause Sexually Transmitted Infections/infestations.They range from obscure ones like Granuloma inguinale to “stars” like HIV and Gonorrhea which are so well known that like Brazilian soccer stars, they are known by one name. And they affect millions of those between the ages of 15 and 44. According to the World Health Organization, there are nearly a million infections every day and four bugs–chlamydia, gonorrhea,syphilis and trichomonas cause 357 million infections every year! In addition, half a billion people live with herpes while 290 million women live with the Human Papiloma Virus, the major cause of Cervical cancer.

Every year, 528 thousand women are diagnosed with Cervical cancer and about half succumb to it. While cancer is the most dramatic consequence of STI, there are others. They cause Pelvic Inflammatory Disease (PID) in women, lnfertility and Congenital infections— infections transmitted to babies in the womb. And sometimes, they can affect relationships. I remember the woman I saw who was facing divorce because of an STD. A few weeks before, she had gone for her annual checkup and in the course of tests, found out she had Trichomonas vaginalis. She continued,” When I got home, I started screaming at my husband long before I opened the front door. Since it was a weekend, I spent the whole weekend calling him a good-for-nothing man who prowled the streets bringing me diseases. I would not listen to his protestations of innocence. The next week, he went for tests that came back negative. When he got home, he accused me of being a whore and demanded a divorce! What can I do?”. I told her it was time to apologize and beg for forgiveness. Sometimes, the tests may be wrong.

STD’S may present with vaginal discharge or sores, with or without pain. In men, they may present as sores, penile discharge or pain on urination. Unfortunately a large proportion of sexually transmitted infections are not accompanied by any symptoms or signs. They can exist for years without the patient knowing anything is wrong. To complicate things further, not every discharge signals a sexually transmitted disease. A discharge may be physiologic or due to diseases like yeast that are not sexually transmitted. STD’S are diagnosed with tests on the discharge, the urine or the blood of the patient. In the developing world, due to the absence of resources, many STD’S are treated on clinical grounds, without tests. Where tests are available, all sexually active women below 25 should be screened for chlamydia and gonorrhea every year. Those above 25 with multiple partners or new partners should be screened. Furthermore, all those exposed to or asking for STD tests should be offered HIV, Herpes, Syphilis and Hepatitis blood screening tests. Finally, it is strongly recommended that those treated for chlamydia and gonorrhea should be retested to confirm cure in about three months.

Let me end this by busting some myths. First, birth control, except for condoms and abstinence does not protect against STD’S. Second, regular screening for STD’S is not protection against STD’S. Third, the fact that a potential partner looks neat and well groomed does not mean they do not have STD’S.  Fourth, taking medicine does not cure your partner and does not prevent reinfection. Get him or her treated. Finally, in Africa, buying a few tablets of antibiotics and mixing it with palm wine or pito or your local alcoholic drinks will not cure STD’S. Seek proper treatment.

Please share this, discuss with your friends and be safe. P.S. HIV was discussed a few posts ago. That is why it is not discussed here. Check out my post on it if you need to.