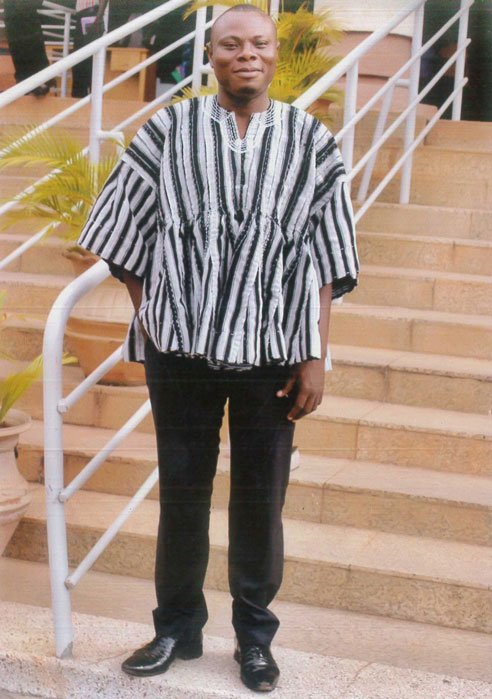 SAVE THE FROGS! Ghana’s Executive Director, Mr. Gilbert Adum, has won one of the world’s highest conservation awards from the prestigious Whitley Fund for Nature. Gilbert is the first West African to be among the very few global elite conservationists to have won this award amount of £70,000 from the organisation. Gilbert and his team will use this award money to advocate for a substantial portion of the Sui River Forest Reserve to be designated as a Globally Significant Biodiversity Area (GSBA). Sui is the last home of the critically endangered Giant Squeaker Frog (Arthroleptis krokosua). The SAVE THE FROGS! Ghana team will also engage local communities with habitat restoration programs and continue training villagers in beekeeping as an alternative livelihood to previous jobs that negatively impacted the forest.

The goal of achieving a GSBA status for part of Sui River Forest Reserve is to gain stricter government protection, outlawing all forms of destructive activities (especially logging) from the Giant Squeaker Frog’s critical habitats. This intervention should ensure that the Giant Squeaker Frog (one of the world’s most threatened frog species) does not get added to the global list of ‘lost’ amphibians. Achieving a GSBA status will further help to deliver more sustainable and diversified livelihoods for local communities and to tighten protection for all the forest’s inhabitants, not just amphibians.

This is the second time Gilbert has won an award from Whitley Fund for Nature, the first being in 2016 for £35,000. That award helped Gilbert to develop beekeeping as an alternative livelihood, which has significantly increased household incomes of over 50 local recipients. An education fund (SAVE THE FROGS! Ghana Young Scholars), and centre (Sui Amphibian Conservation Education Centre) were also instituted. These actions have helped to greatly improve local children’s level of interest and knowledge of the environment, reading and writing skills and computer literacy. A beneficiary community’s school, Yawkrom Junior High, recently rose from obscurity to beat off tough competition to become one of the best schools in the BECE within the district.

Thank you to the Whitley Fund for Nature for saving Ghana’s frogs.