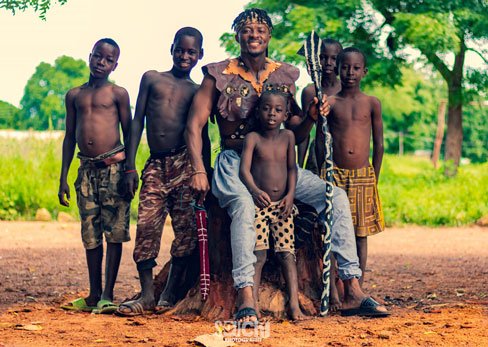 One of the renowned musicians in Northern Ghana, George Kliff also known as G-Kliff held an album listening party in Tamale on January 31,2020 for media professionals in Tamale.

G-Kliff, speaking to ghana360news.com reveals that the idea is to use his album to unite the media and to seek their support towards making the Sochenda/traveler album a success.

The Album listening party with the media brought popular media personalities, musicians, sound engineers and other industry players together at the Clinton Lodge.

Prince Mahama, one of the pioneers of modern day music advised the young musicians to concentrate on making good music rather than producing “beef” songs. “such songs are not appealing to the elderly” he added.

Undoubtedly, one of the greatest MCs in Ghana, DJ Carlos also was not left out to grace the occasion and added his voice to call on all to support talents from Northern Ghana.
The Sochenda/traveler album had creative and talented sound engineers like Ojah Drumz, Stone B, Dr. Fiza and Blue Beatz as producers.
Sadik Cybah, one of the finest Television presenters in Ghana applauded the initiative by G-Kliff and pledged his support to ensure successful album launch.