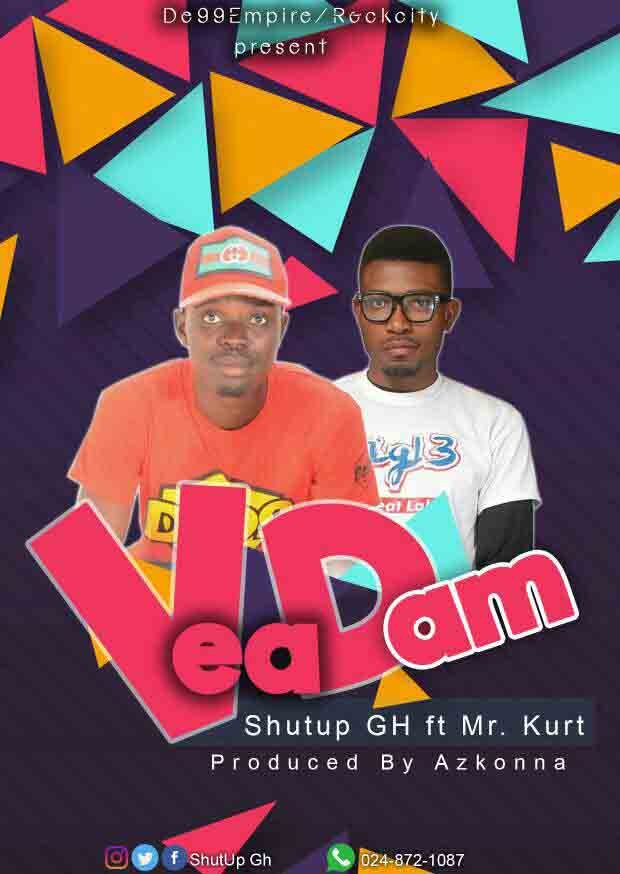 In a bid to popularise his community, Shutup-Gh an emerging rapper from the Upper East Region has eulogised the popular Vea Dam in a song. The song produced by Azkonna features Mr. Kurt of RockCity fame and is basically an anthem for a party held on the banks of Vea Dam.

Vea Dam is one of the few surviving irrigation dams in the Upper East Region; the dam attracts scores of party goers during holidays. It is therefore not surprising that Shutup-Gh who is a native of Vea has made himself an ambassador of the small town and is using music to push the popularity of his home to apex which can potentially transform the economy of Vea.

If Shutup-Gh succeeds in staging a major musical concert around the Vea Dam as indicated in the song, he would be proving his entrepreneurial dexterity as a young man coming from a relatively poor part of Ghana. Maybe Savanna Multimedia can make that happen.

Whilst we hope for a party collaboration him and us, listen and download Shutup-Gh’s “Vea Dam” below.