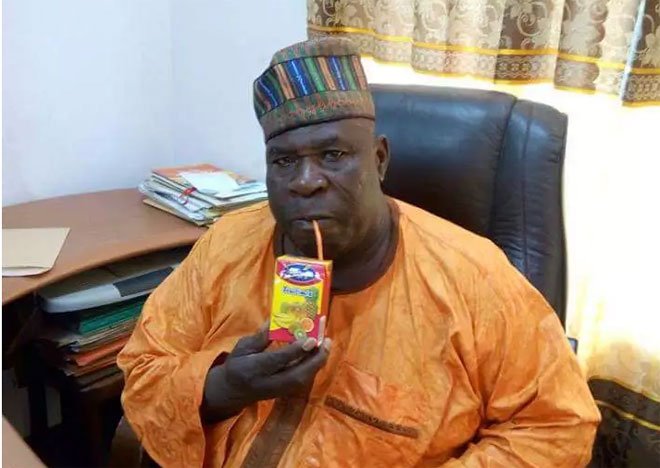 Ladies and gentlemen of the media, the family of Gregory Afoko wishes to thank you very much for responding to our invitation at this short notice.

It is our hope that what we are about to share with you today will be given the needed space, airtime and prominence in your various news media organizations in the interest of justice and fair play, and more importantly, in finding the true killers of our brother and friend the late Adams Mahama who sadly died from alleged acid burns from unknown assailants at the time.

May his soul rest in perfect peace.

Ladies and gentlemen of the media, we want to take this opportunity not to remind the family of the late Adams Mahama of the pain they are already experiencing, but to sincerely wish them very well and also to assure them that we have been with them, albeit on the quiet, in their quest to find the true killers of their son, brother, husband and father.

We want to state at this juncture that even though our son, brother and relative has been in incarceration for almost two years in connection with the killing of the late Adams, we have been very clear in our minds that Gregory Afoko is innocent and that the true killers of the late Adams Mahama are still walking the streets of Ghana as free people.

We, again, want to state unequivocally that the quest to find the true killers of the late Adams Mahama must be the concern of all peace-loving Ghanaians irrespective of their status in society.

The security agencies, especially the Ghana Police Service, whose duty it is to find the killers of the late Adams must therefore not show any signs of tardiness for whatever reasons in the performance of such duty!

It is to encourage the security agencies to perform their duty without fear or favour and to help find the true killers of Adams Mahama that the police and the other security agencies must not take lightly the recent revelation by the Northern Regional Chairman of the NPP, Daniel Bugri Naabu, to the effect that Mr. Rockson Bukari, the Upper East Regional Minister, and Madam Otiko Afisah Djaba, the Minister of Women, Gender and Social Protection, were part of those who masterminded the killing of the late Adams Mahama!

As stated already, it was someone’s allegation in connection with the killing of Adams against Gregory Afoko that led to his arrest from his sleep at dawn by the police. Despite his repeated denials of the act he has been accused of, he is still in prison custody and presently facing trial at the High Court.

So, just as Gregory Afoko was arrested on the allegation of someone, it is our humble plea to the police that Madam Otiko Djaba, Mr. Rockson Bukari and Bugri Naabu himself be arrested or invited by the police to assist them in finding who actually killed Adams Mahama and for what purpose. The law must be seen to be applied equally to all manner of persons including Bugri, Bukari and Otiko!

We want to bring to the attention of the general public that, whilst not questioning the professional competence of the Ghana Police Service, we believe that the investigation into the killing of Adams Mahama has not been the best. The police have not widened the net of their investigations enough. For instance, some hours after the night Adams Mahama sadly passed on, the current National Nasara Co-ordinator of the NPP, one Kamal Deen Abdulai, was heard in the media saying that he had called to inform the late Adams to take issues of his personal security seriously and that he should be prayerful.

Ladies and gentlemen, another senior party member in the person of Daniel Bugri Naabu, the Northern Regional Chairman of the governing NPP has mentioned the names of Madam Otiko Afisa Djaba and Mr. Rockson Bukari as being part of secret meetings that masterminded the killing of the late Adams. Has the Ghana Police Service heard about this new development? If they have, what are they doing about it? If they have not, then we are by this press conference informing Ghanaians including the Ghana Police Service that Mr. Bugri Naabu has, out of his own volition, volunteered information on those he knew masterminded the killing of the late Adams Mahama. This startling revelation was made in a number of radio interviews and same has been published or aired by a number of news media organizations including those on the internet!

Ladies and gentlemen, we shall follow this press conference with a petition to the Inspector-General of Police (IGP) and the Attorney-General for them to initiate criminal proceedings against the four: Kamal Deen Abdulai, Daniel Bugri Naabu, Rockson Bukari and Otiko Afisa Djaba, in connection with Adams Mahama’s death! The true killers must be found. We shall support any genuine moves by individuals and groups with the noble intention of helping to find the true killers of the late Adams Mahama.

We wish to appeal to Non-Governmental Organizations (NGOs), Civil Society Organizations (CSOs), the Ghana Bar Association (GBA), the Commission on Human Rights and Administrative Justice (CHRAJ), the Ghana Chapter of Amnesty International as well as foreign missions in Ghana to add their voices to our call on the police and government to have these three individuals arrested or invited to assist in finding the true killers of the late Adams Mahama.

We are interested in seeing our Gregory Afoko walk out of prison custody as a free man. We also believe that the family of the late Adams Mahama want to see his true killers so we should all join forces to help the security agencies find the true killers.

We wish to thank Ghanaians who have sympathized with us so far in our moment of pain and have also called on the police and government to arrest or invite the four persons.

Thank you for your attention.