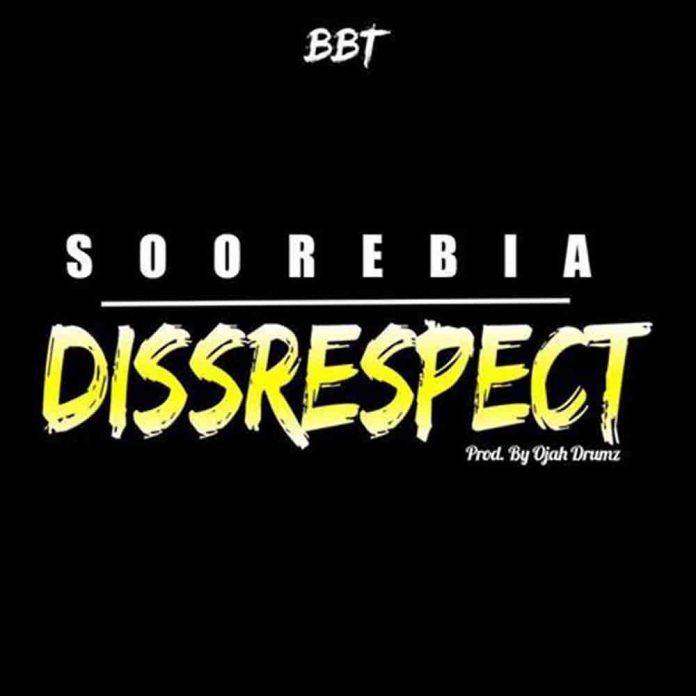 Charley, after writing your final exam at the university what do you do before National service?

Well, Soorebia walked into the booth to ride as a king once again – over a Ojah Drumz. Even though the message of the song is not explicit, the intro “This is not a circus, this is a jungle” speaks volumes of the intent and direction of the song.

In a blend of languages, Soorebia extols his crew BBT as the premier hip-hop oriented movement from the Upper East Region and urges rappers to just go about their business without disrespecting other artistes. His message goes beyond rappers but also questions the effort-thwarting attitude of deejays and radio hosts based on the sides they’ve taken.

He ends the song with several shout outs, which then makes it difficult to know who exactly must have been the inspiration behind this song “Dissrespect”.

Soorebia is arguably one of the best in the region if not the foremost rapper; however in recent times many artistes who were previously in obscurity have made major incursions into the game. Notable amongst them is Mr. Kurt, YCD Lyrics and several other amazing performers.

If competition is good then Soorebia just went above better.