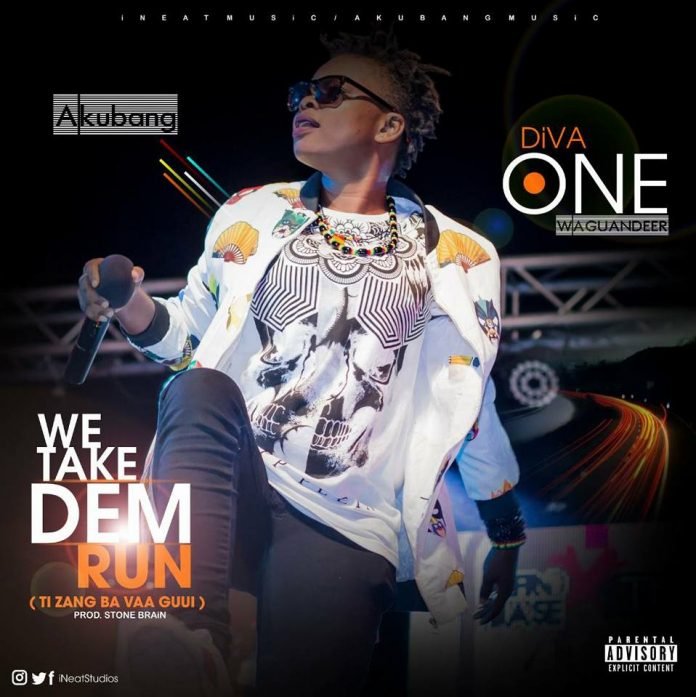 Diva One has remained the only lady pushing the bounds of contemporary music in Tamale for a long time. Then Amie emerged with “Boss Chick”. Diva One then proceeds to drop “We Take Dem Run”.  All of the above this points at a rivalry of some sort. However, we should exercise circumspection in tagging the songs as possessing “beef-tones”.

“We take dem run” is the title of Diva One’s latest musical piece. The song produced by Stone B was released yesterday and appears to be stirring up some controversy. Whilst some industry people think it’s a subtle jab at the new entrant Amie who calls herself Boss Chick, others believe its just a song chronicling the tenacity with which Diva One has stayed relevant.

How ever we want to view “we take dem run” will not cast a dent on the artistry of Diva One. She has battled all the odds in a male dominated industry to stay relevant. The numerous collaborations with Tamale’s top-most artistes including Fancy Gadam and Maccasio is proof of how well she’s respected in the industry. Which then justifies the use of a metaphor in describing her journey and successes.

Healthy competition in music is good and actually better than rivalry. However, to compete with Diva One requires a whole lot of energy and microphone skills. Her energy on stage remains peerless. Her choice of outfits for her performances has always been “saucy”. The young lady obviously knows what she’s doing and wont leave anything to change.

Diva One Performing at Sherrifa Gunu’s “thank you” event in Tamale.

Diva One Performing at One Corner Pool Party.

She is arguably the queen of contemporary music now in Tamale. Having been around for a while, she’s proven to be relevant by constantly churning out music that thrills her primary audience. Despite the setbacks due to the scarcity of record labels and proper management, she tirelessly puts in as much work as possible with the intention to eventually breakthrough on her own or attract investors.