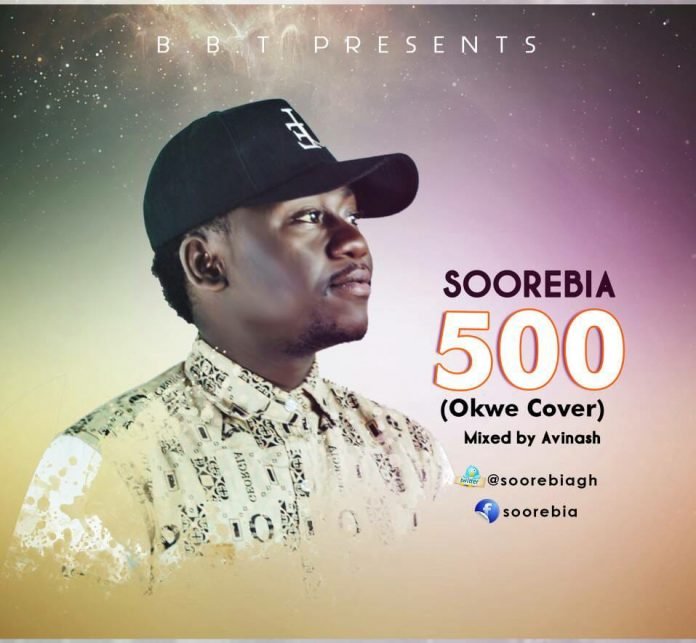 BBT Records frontline artiste is back with a fresh banger after taking some time off whilst his songs Sunsure, Disrespect and Party are getting a lot of airplay across the country.
Known in showbiz as Soorebia, the rapper has left a mark in his hometown Bolgatanga, by causing a lot of young musicians to Rap in the local Frafra/Gurune dialect.

One would recall a time that rap music in Ghana was only made in either English or Twi (the popular local Ghanaian language), and making rap music in Frafra was seen as near impossible.  Many thought the language was not phonetically good for rap music. Things however changed when Soorebia decided to build his career as a rap artiste using his local dialect. He honed and perfected this, gradually whipping up interest and capturing the hearts of many. this then sparked some kind of renaissance with new artistes rapping in Frafra.

Today Soorebia is not only regarded as a top notch rapper who is a force to reckon with, but among the few rappers in Ghana like Obrafour, Edem, Tiny, TH4kwages who took great leaps to represent their culture in Hip Hop by making rap music in their local languages.

In this latest project Soorebia hops on a fast tempo afro beat telling a fictional story about a gold digger who spent his National Service Allowance. Titled ‘500’, a figure in the Ghana cedi that is paid to service personnel as their monthly allowance, Soorebia tells an ‘adult story’ about getting back at the gold digger who spent all his allowances, in a very euphemistic way that is radio friendly. The song is a danceable song and we at www.harmattangh.com predict it would take over air and nightclubs instantly.