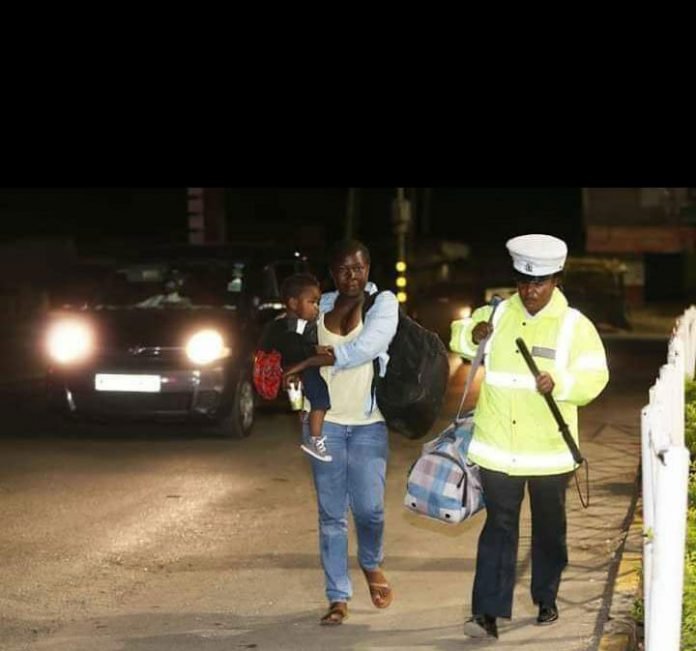 A Policewoman captured in a picture whilst helping a woman and her baby has brought some relief to Ghanaian Facebook users. This is following several reports of abuse and brutalities meted out to people who are reportedly said to be flouting the rules of a partial lockdown.

The picture posted by Citizen Kwaku, a facebook user had the following caption “This is what we are expecting the Police to be doing”…

Whilst many have chastised the Police and Military personnel subjecting people to all manner of cruelty, a section of the public believes, the officers are not to be faulted.

Several videos have surfaced online suggesting brutalities, as well as the relatively flimsy excuses given by people for stepping out of their homes.

Whilst many believe the officers are acting as a result of the impunity enjoyed by them in times like this; others believe it is merely a disregard for the true regulations surrounding the lockdown. Others also believe it’s within the nature of Ghanaian security personnel to exhibit an inhumane attitude at the slightest opportunity.

Regardless of the above, I believe the general public and the security services must understand that the situation would only get better if we both adhere to the rules. Yes, there may be some idiots who can’t obey simple instructions; however, the actions of a few idiots shouldn’t be the reason others who genuinely have reasons to step out.

Let’s reduce the spread by being adhering to all precautionary measures instituted by the Ghana health directorate.

Let’s adhere to the instructions of the officers enforcing the partial lockdown.

God Bless the Policewoman captured in the picture