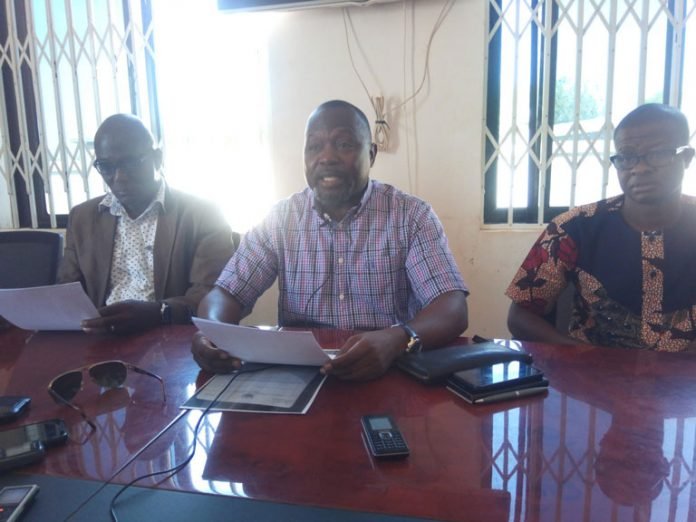 A protracted delay in commissioning a market project has stoked a heated political controversy among supporters of the opposition National Democratic Congress (NDC) and the governing New Patriotic Party (NPP) in the Bolgatanga East Constituency.

The Member of Parliament (MP) for the area, Dr Dominic Akuritinga Ayine, who is credited with initiating the Zuarungu Central Market project, has been fighting openly for the facility to be commissioned since the completion of the project’s first phase in 2017. But the District Chief Executive (DCE) of Bolgatanga East, Emmanuel Abugre Abole, citing a number of reasons, insists government will not commission the facility.

The dispute has gone up to a level where the MP is firing back at the DCE and “his team” over some allegations purportedly levelled against him. He also served a strong notice at a rare news conference on Monday that, if the DCE and “his team” did not commission the project by Wednesday January 15, 2020, he would trigger a court order to compel them to do so. The DCE, too, has announced he will call a reprisal news conference on Wednesday to lay some facts bare and has spoken of his readiness to meet the MP in court.

“Rather than focus on the achievement of the development objectives inherent in the market project, the DCE and his team (including some lackeys in the NDC) instead turned around to make wild allegations against me with the sole aim of tarnishing my reputation. They alleged, among others, that the cost of construction of the market was inflated and that I had personally benefited from cost inflation.

“They also alleged that the contract for the construction of the market required that the stores be constructed in the form of storey buildings but that I connived with the contractor to construct the current units so as to benefit financially from the project. May I, however, serve notice that if by January 15, 2020, the DCE and his team fail and or neglect to commission the market, I shall be left with no option but to institute court action to compel them to do so,” said the former Deputy Attorney-General and Minister for Justice at the conference.

The DCE, reacting to the MP’s news conference in a Starr News interview on Tuesday, described the presser as a face-saving attempt. Whilst mentioning some reasons government would not officially open the market for use for now, the DCE said he would unveil ‘the truth’ of the matter at his own press conference on Wednesday.

“To me, it’s a face-saving attempt. First of all, I don’t know who has teamed up or ganged up to defame him. As far as I am concerned, I have never stood anywhere to want to run him down for any reason. When you have a sensitive issue like this, which is of great interest to the public, what you have to do is to establish the facts.

“He is in a rush to accuse himself and find a way of exonerating himself. Auditors have submitted their draft report. We have discussed the findings. I am more than ready to open the market whilst we go on doing other investigations; but there are about three or four hitches. One, the work is not yet completed. Wiring systems are not even done at all. Other areas of the verandas and other screeding work are not even done. Because there are such lapses, they need to be completed before you can allocate them. This is the first hitch,” the DCE stated as he displayed a reported design of the market project before a news camera.

Continuing, he said: “Two, the contractor has not yet even handed over. And, so, on what authority do you even go ahead and allocate when it has not been handed over? Unless the MP wants to tell us that the contractor handed over to him. If that is it, then, he should come and properly hand it over to us as an assembly. And I even heard him this morning that he would organise the market women, he would pick up the keys and go and hand over. I feel it’s a funny a game. He shouldn’t even attempt at all. Per the report of the auditors, the contractor is overpaid. The market you see on the ground is not what is on paper.”