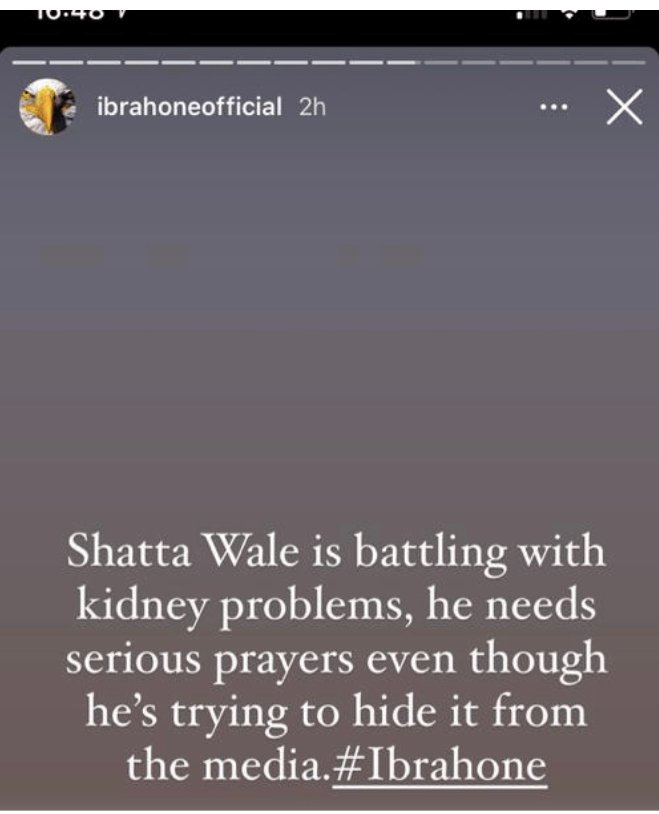 Controversial Ghanaian socialite, Ibrah One has called onto fans of Shatta Wale and the general public to pray for the dancehall artiste as he battles kidney problems.

This comes after Shatta Wale took a break from social media for personal reasons.

Shatta Wale has been in the United States of America, shooting videos for his upcoming album, GOG after which he announced an indefinite personal hiatus from social media.

“Shatta Wale is battling with kidney problems, he needs prayers even though he’s trying to hide it from the media,” Ibrah disclosed in an Instagram stories update.

If this is anything to go by, it would explain the reason Shatta Wale has not really been active in the industry for a while now.

Otherwise, it could be one of Ibrah One‘s controversies he is known for speculating.