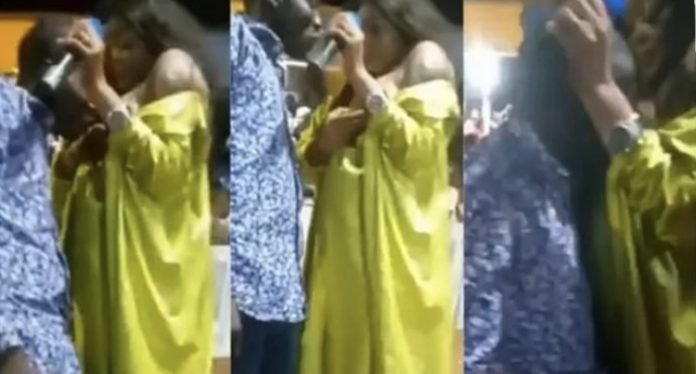 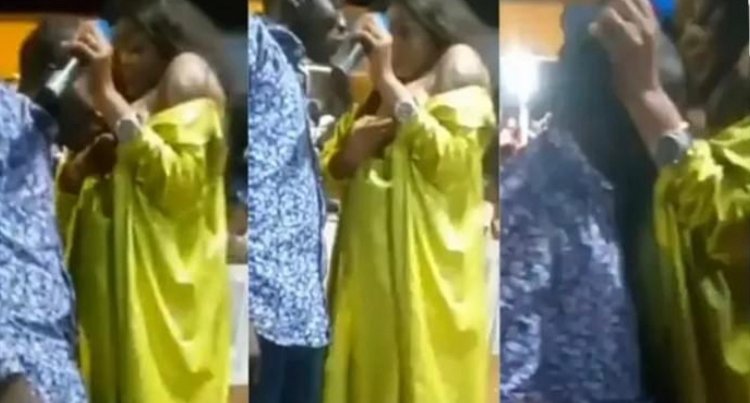 A video is buzzing the internet this very minute and we guess after watching the corresponding visual attached to this report, you’ll definitely understand why.

In a viral video, a female pastor purported to be a Ghanaian could be seen offering her brɛst to a male church member to suck for a miracle, as she reportedly referred to it as holy milk.

We gathered that each member of the church has to suck on her brɛst which she claims has healing properties.

The unbelievable spectacle was allegedly recorded at a healing and revival retreat in Ghana. One of the male congregants who had the chance to milk on the pastor’s relatively small brɛst could not stop sucking as he probably got s*xually aroused and held on tightly to her waist in the process.

The video has since set tongues wagging as those who have a bad impression about religion and Christianity on a broader spectrum have another reason to feel dissident.