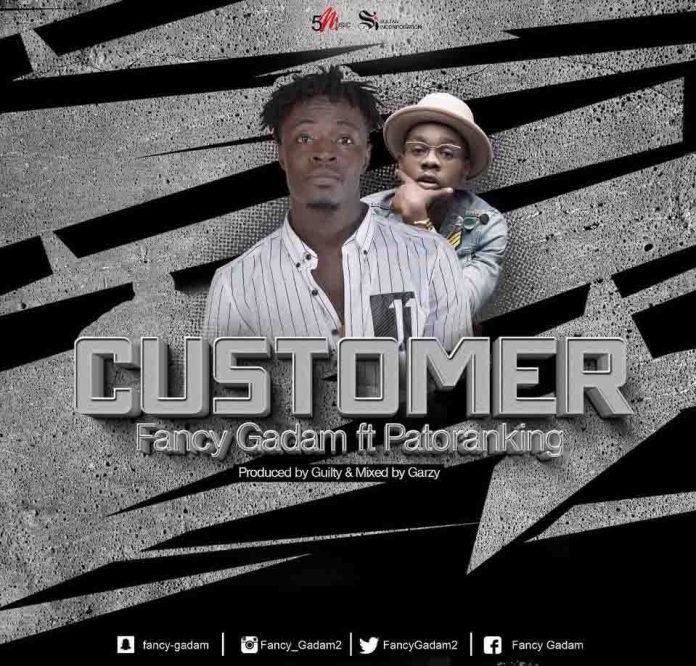 Fancy Gadam is till enjoying the love after a regal performance at Citi Fm’s December 2 Remember concert. The relatively new artiste has attained a magical status with his frequent sold-out shows. From Tamale to Accra, he has proven to be on a constant surge towards domination.

His last major hit with Sarkodie titled “Total Cheat”, has received and is still enjoying massive rotation on major media platforms. A situation that caused many to connect the dots between his rise, consistency and height of success. Many are of the opinion that Fancy Gadam deserves to be VGMA Artiste of the year.

Would he beat other contenders in inking a nomination and a subsequent win?

Whilst we wait for the VGMA’s, Fancy Gadam has teamed up with Patoranking in yet another monster collaboration, #Customer. The song which will be released later today is a test case for Fancy Gadam’s cozy ride towards the VGMA’s.

One thing we all know is that Fancy Gadam is magical as he is unique; a collaboration between him and Patoranking is definitely going to receive the needed input. The big question would however pop up after the release of #Customer.

The single will be released alongside a music video.

Subscribe to Fancy Gadam’s youtube channel to be one of the first to watch and listen to #Customer.