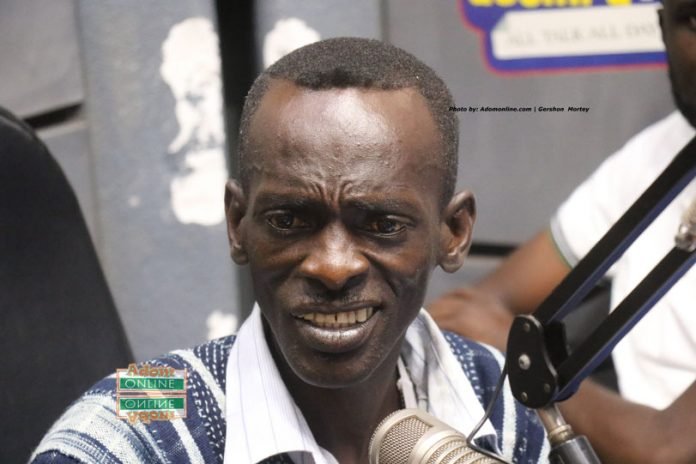 Despite losing the bid to become the Assemblyman for the Adukrom Nima in the Ashanti Region, Nana Adabor Ibrahim Issah Ampim, a barber by profession also fondly known as Honourable Aponkye has remained the favourite of most Ghanaians.

He lost to Abdul Rashid who polled 1,056 of the total votes cast in the just ended District Assembly and Unit Committee elections held across Ghana.

Although he enjoyed huge media publicity before the elections due to his weird promises of giving breakfast to residents of his electoral area if voted to represent them among other gargantuan promises, Aponkye never won.

In spite of the woeful loss, his popularity continues to heighten. The latest news of him that has grabbed social media attention is the wristwatch he claimed to have purchased for GHC25.00.

He told Nana Abah Namoah who brought him into the media limelight that his watch branded ‘Super Speed V8’ was priced GHC40.00 but reduced to GHC25 for him because of his popularity.

Nana Abah posted a photo of the wristwatch on twitter with the inscription:

Aponkye: 40 cedis but they reduce to 25 for me because I’m now popular.

Aponkye: 40 cedis but they reduce to 25 for me because I’m now popular