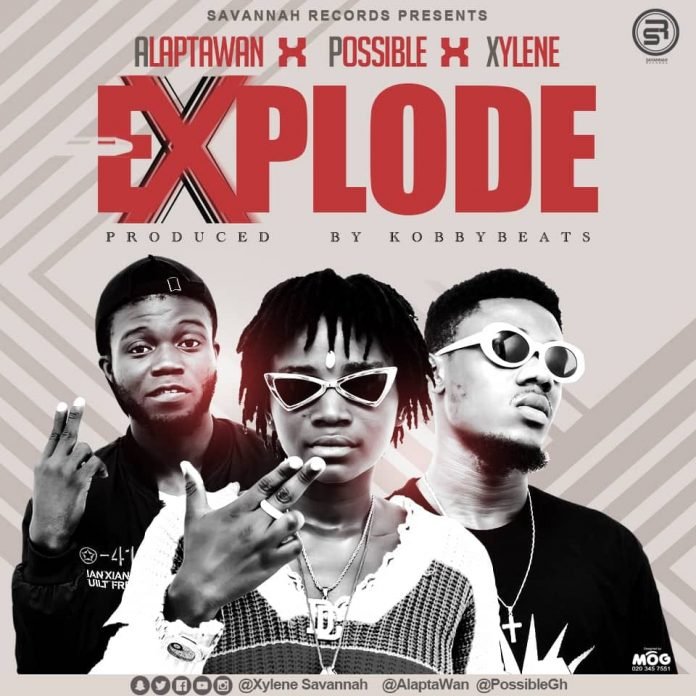 Something new and wicked from the camp of Savannah Records; all three signees on one song as a pre-cursor to the release of the Explode EP. Alaptawan, Xylene and Possible have each proven to be forces on their own; however, having them on one song and an EP is something eclectic.

The song which is the title-track of the EP is produced by Savanna Records resident producer Kobbybeats. The Explode EP will be launched at the beautiful Mayaga Hotel in Navrongo on Monday 23rd December; it will feature performances by the three Savannah Records Signees as well as several supporting artistes.