Two days after premiering Shok3 by Cypid on Youtube, the views stand at 7,308 views. For many, this is nothing worth celebrating. However, if you know the terrain he operates in, this is worth the celebrations associated with Despacito.

Shok3 is one of the best songs to emerge out of Bolgatanga in recent times. From instrumentation to vocal delivery, it exudes the presence of a true entertainer. For such a song, a complimenting video is appropriate. True to its stature, Aboagye Boaful was able to put compelling cinematics together. Shot by shot, the thrilling story of a hopeful hustler is brought to life. The three stunt scenes in the video excited me the most. This is because I am an advocate for Bike and Car races/stunt Shows to be a part of the savanna’s economy.

Cypid, sometimes called Lod Cypid seems to be driving a notion that defies circumstantial odds. It is not out of the ordinary to find music videos of popular songs with few views, especially from the savanna of Ghana. However, a discourse on social media has recently been centered on the worthiness of a digital presence. It is therefore refreshing to note that something right is happening for deserving artistes like Cypid.

Cypid’s Feat and its Impact

The matrices bothering the economic success of a musician have been evolving in the area. Whilst the quality of productions and craft has received stupendous boosts, most acts are struggling to turn numbers to gain. Primarily, musicians out in this quasi-desert make money from performances. Whether they make enough to sustain them is another thing for a different article.

Thankfully, with a surge in the digital space, musicians from places like Navrongo, Bolgatanga, Bawku, etc can now make their “10K”. Cypid is not alone on this journey to digital domination, Actionboi, another UE musician “celebrated” an unprecedented Youtube viewership hours after the release of 1Star.

If this trend is anything to go by, we may be witnessing the dawn of a new era. A time where artistes would put in efforts to encourage fans to stream and purchase music digitally. After all, everyone has a mobile phone, everyone can easily access data, and with as little as 17ghs, everyone can help an artiste make a little mula on Spotify.

Shok3 is a dance song performed in Gurune, English, and Hausa. It is basically the story of self-belief. Young Cypid is telling the world to watch him as he’ll blow up to shock everyone. The calm-looking Cypid is signed to Downtown Recordz owned by Roy Lambert. 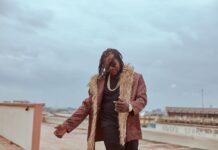 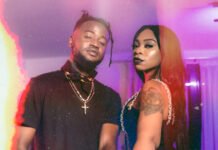 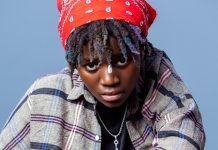 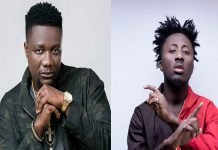 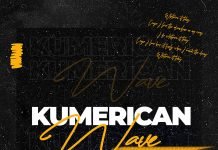 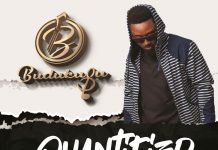 Quantified by Budukusu is every rapper’s nightmare